Imagine the Grand Canyon with uranium mines on the rim.  Or the spectacular view of the Tetons from highway 191 (you’ve seen the pictures) blocked by oil wells or million dollar mansions. 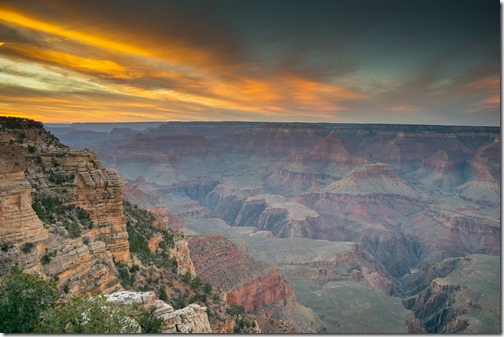 On April 26th, President Trump announced what many in the environmental community considered an open declaration of war. After months of saber rattling on environmental issues, Trump signed an executive order directing his Secretary of Interior to commence a “review” of National Monuments set aside under the Antiquities Act by the last three presidential administrations. The review could result in the removal of the designation from some established Monuments or reduce existing Monuments in size. It is an unprecedented act, and legal experts (and administration officials themselves) are not sure it is even possible for a president to revoke the National Monument designation. It has never been attempted by a president, and has only been done by Congress a handful of times.

The Antiquities Act was passed by Congress and signed by President Theodore Roosevelt, a Republican, in June 1906. The legislation obligated federal agencies to preserve and protect historic, scientific, commemorative, and culturally significant sites on federal land. It also gave the president a means to quickly protect as National Monuments landmarks, structures, and objects of historic or scientific interest. It was the result of concerns in the latter part of the 19th century over looting and damage from commercial souvenir hunters and the general public to America’s archeological sites, and was the first legal protection of cultural and natural resources in the United States. The first use of the Act was by Roosevelt in September, 1906, when he created Devil’s Tower National Monument in Wyoming. It has been used an additional 150 times by fifteen other presidents. Thirty two sites originally protected as National Monuments have since become National Parks, including what many consider the crown jewel of the National Park system, the Grand Canyon. Wyoming’s iconic Grand Teton National Park, one of the most photographed landscapes in the United States, was also once a National Monument.

In announcing the Executive Order, Mr. Trump vowed to “end another egregious use of government power,” and called the process of establishing the Monuments a “massive Federal land grab.”  Yet under the Antiquities Act, new National Monuments can only be created from land already owned by the Federal government, and no private land or state land was seized in creating the Monuments, so it is unclear exactly what Mr. Trump meant by the comment—if he even knows.  Mr. Trump perhaps offered a clue to his intentions when he said, “The Antiquities Act does not give the federal government unlimited power to lock up millions of acres of land and water, and it’s time that we ended this abusive practice.”  Some environmental groups have understood that comment to mean Mr. Trump’s aims are to remove protections from resource extraction, such as logging and oil drilling, that the lands currently enjoy as National Monuments.  Trump added that he wanted state governors and local constituents to have ultimate control over what happens to areas such as those under review.  “Today, we are putting the states back in charge,” he explained. 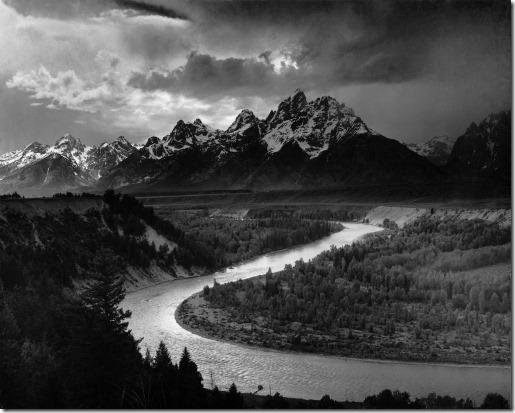 In a convoluted way, Mr. Trump poses a valid question.  Should the Federal government cede management of public lands—or the land itself—to the states?  As it stands, the federal government owns about 640 million acres of land, which is around 28% of the total land in the United States.  Most of this is in the West and was acquired from foreign countries well over a century ago.  Congress, which has authority over the land under Article IV of the Constitution, has charged four government agencies with management of 95% of it.  These agencies include the Bureau of Land Management, Fish and Wildlife Service, the Forest Service, and the National Park Service.  While it’s impossible to determine how much money the federal government spends managing the land, in 2016 Congress appropriated more than $15 billion to the four agencies.  And therein lies the reason the states have not taken over management of much of the land.  A recent article in the Billings Gazette suggested the cost for just Montana to take over management of the 25 million federal acres within its borders would be $500 million dollars.  This represents five percent of the state’s $10 billion budget, and lawmakers there just concluded a very tense budget battle, making difficult decisions and setting painful priorities just to make sure the state could continue to pay its bills.  This is a common theme throughout the West and the nation, with many states facing dramatic budget shortfalls and making cuts in essential services.  To be fair, the federal government has its own budgetary and spending issues.  However, what the federal government spends on the four land management agencies is less than one half of one percent (0.375% to be exact) of the nation’s budget.  In comparison, the US spends almost $600 billion dollars on the military, accounting for almost 55% of the nation’s discretionary spending.  The United States’ defense budget is the largest in the world and is more than the next seven countries combined.  Whereas the federal government’s funding of public lands is a matter of setting national priorities, state governments may not be able to adequately manage it, leading to potentially disastrous consequences.  Rhea Suh, president of the Natural Resources Defense Council, explained in a recent New York Times op-ed, “Few states can afford to take care of these lands the way we, the people of the entire nation, do by, say, paying to fight fires or maintain roads. Once cash-strapped states have squeezed all they can out of budgets for schools, highways and other essential services, they’ll sell off those formerly public lands to the highest industrial and corporate bidders.”

This is only the latest move by an administration that has been hostile to environmental causes since the early days of its campaign.  From naming climate change denier Scott Pruitt to head the EPA, an agency he sued multiple times as attorney general of Oklahoma, to slashing EPA’s funding in the proposed federal budget, to killing President Obama’s landmark Clean Power Plan, to threatening to pull out of the Paris Climate Agreement, the Trump Administration is setting a clear agenda when it comes to environmental policy.  Outdoor clothier and retailer Patagonia has already announced plans to sue the government should any Monument be delisted or altered, and a bevy of environmental organizations are falling in line behind.  If the president wanted a fight with the entire outdoor and environmental community, he now has his hands full with one. 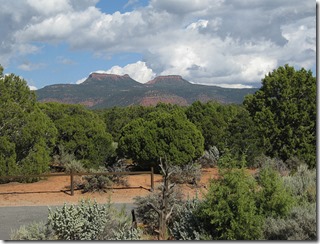 Interior Secretary Ryan Zinke’s review process will reportedly take 120 days.  Throughout that time, I will be releasing a feature on each of the National Monuments that are being reviewed by the Trump administration.  These features will be posted on my website and also on Medium.com.  I’ll provide a background on each Monument; detail the wildlife, archeological treasures, and natural wonders that each Monument protects; analyze the review process undertaken by the presidential administration in office at the time of the Monument’s designation; and describe what is at stake should the Monument be delisted.  I will also provide updates when more is learned regarding each Monument’s possible fate.  In an age when truth—and now our National Monuments—are under attack from forces spewing “alternative facts,” it’s important for you to have accurate information from which to form opinions and judgments.

Mr. Trump’s goal is to “end these abuses and return control to the people, the people of all of the states, the people of the United States.”  His rhetoric is a demonstration of a common misconception plaguing our country—that federal lands are somehow not ours.  The National Parks, National Monuments, National Forests—these are already OUR places, OUR land.  We do not need it returned to us.  They already belong to you and they belong to me, and they deserve our continued protection.  Our National Park system has been described as America’s Best Idea.  We cannot let one lunatic destroy our heritage and our unique places just so some soulless corporation can make a few bucks drilling for oil.

View all posts by Steve Grimes