“It is horrifying that we have to fight our own government to save the environment.” – Ansel Adams

“If you really think the environment is less important than the economy, try holding your breath while you count your money.” – Dr. Guy McPherson 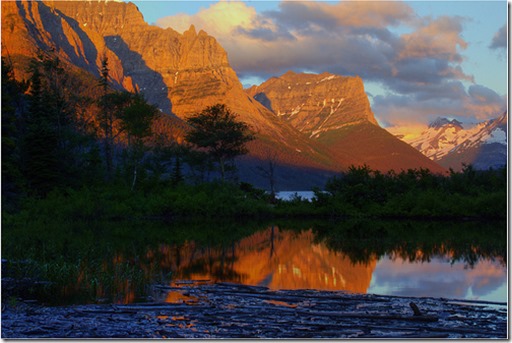 I first visited Glacier National Park when I was a freshman in college.  The pristine beauty, the wildlife, the rawness of the landscape burned in me a strong desire to return.  When I became a father, this desire developed new meaning—to show my children Glacier National Park before its namesake glaciers melted into history.  They are disappearing at an alarming rate; so much that they could be gone entirely by 2030, if not sooner.  I want my children, both under four years old, to see and remember those glaciers, which means I need to wait at least another 4-6 years to take them.  By then, whatever glaciers remain may be nothing more than small fields of snow.

Back home, my children’s native Colorado is one of the fastest warming states in America.  Average annual temperatures have increased two degrees in the just the last 30 years.  Hotter summers cause more ground level ozone (smog) to clog Denver’s air and leads to higher electricity demand.  Spring snowmelt has shifted earlier by one to four weeks compared to the long term average, and snowpack has been below average in all of Colorado’s river basins since the turn of the century.  Less snow reduces the flow of the Colorado River, the key river in the intermountain west, which provides drinking water for more than 33 million people in six western states.  And these  are just climate change symptoms that we see in our home state.  Temperatures are rising quickly in the polar regions, where our planet stores most of its ice.  As this ice melts (not if), global sea levels will rise between two to seven feet this century (a conservative estimate), threatening the livability of dozens of major coastal cities.  And that may be one of the more mild and gracious outcomes global warming has in store for us.

President Trump’s climate change rhetoric during his campaign was concerning—that climate change was a hoax perpetrated by the Chinese and threats to withdraw the US from the landmark Paris Climate Agreement.  His nomination of former Exxon Mobil CEO Rex Tillerson for secretary of state was upsetting, and his decision to choose Scott Pruitt to head the EPA, an agency he has sued multiple times, was frankly irresponsible.  And the mass censoring of government agencies after his administration took office was nothing short of infuriating.  Webpages regarding climate change were removed from the Whitehouse and EPA websites.  This all indicates the administration is ignoring the problem so someone else can deal with it.  I hope that all of us would refuse to leave to our children a planet that’s in worse shape than it was left to us by prior generations.  Global warming, whether caused or intensified by human civilization, is a concept in which 97% of scientists agree.  Yet some politicians, who have no experience, education, or training in climate science, continue to deny the very existence of climate change.  Global warming is not a liberal conspiracy, and it sure as hell is not a damned Chinese hoax.

Those of us that care about our planet and our children’s future have unfortunately become complacent, lulled into a false sense of security by eight years of a president whose faults did not include a lack of understanding of climate change or the enthusiasm to help solve it.  The United States undertook some major climate initiatives and finally seemed to acknowledge its role in contributing to greenhouse gas emissions.  It was a dramatic departure from the Bush Administration, which the fossil fuel industry was all over like a fat kid on a cupcake.  Perhaps we felt under President Obama like we had won.  Perhaps we let down our guard because we felt we could.

So where do we go from here?  What can we do?

Being a “Facebook activist” may be marginally helpful in bringing awareness, but your posts won’t change your friends’ minds or anyone else’s.  Marching and protesting are excellent ways to bring awareness and influence public opinion, which in turn can pressure politicians into action.  But marches and protests must be large and frequent to get the job done.  One person working behind the scenes can be more effective than a few thousand protestors–if protesting is all they do.

So first of all, shake a National Park Ranger’s hand.  “The Resistance”, a euphemistic name for the startling insurgency boiling within every corner of the United States Government and the nation, was sparked by a few anonymous park rangers.  They created an alternative twitter handle for the National Park Service after their agency was silenced by the new administration’s totalitarian gag order.  Since then, more than two dozen federal agencies and federally funded foundations have similarly defected.  Inspired by their colleagues, insurgents within the government have helped scientists “borrow” climate data from US federal computers and save them to servers in Europe, ensuring it survives any purge as the Trump Administration cracks down on facts, truth, and dissidents.

Next, stop signing online petitions.  They are a waste of your time.  No one with any influence pays attention to them.  Similarly, generic form letters through online advocacy sites are just as pointless.

Supporting environmental organizations may be the best way to indirectly fight for our planet’s future.  Some credible and effective organizations include The Sierra Club (www.sierraclub.org), The Nature Conservancy (www.nature.org), National Parks Conservation Association (www.npca.org), The Wilderness Society (www.wilderness.org), Natural Resources Defense Council (www.nrdc.org), Environmental Defense Fund (www.edf.org), and hundreds of other worthy organizations in the US alone.  Many of these organizations have local chapters you can join to actually participate in their efforts.  The Natural Resources Defense Council’s “Trump Watch” (www.nrdc.org/Trump-Watch) tracks and catalogues any and all environmental policy moves by the United States government.  This in particular has become an engrossing effort, and this organization needs our support.  I have been supporting The Nature Conservancy for over twenty years, beginning as a college student who scraped up ten dollars for my first annual donation.  Any little bit helps. 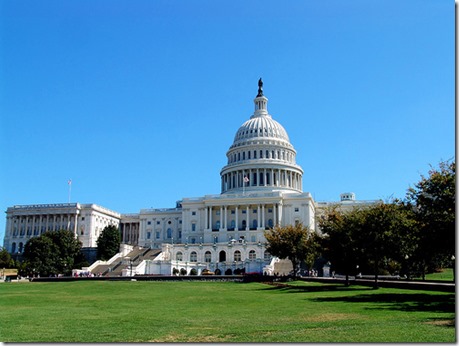 The best way to be involved and make your voice heard is to contact your elected representatives in Congress.  Use www.govtrack.us/congress/members to find out who your senators and representatives are.  It’s an astonishingly easy to use tool.  It provides links to website, twitter, and contact info, and includes information on each elected officials’ bills sponsored, committee membership, voting record, and much more.  Calling their local office and speaking to a staff member is the most effective method of contact.  Emails receive the least amount of attention from a Congressperson’s staff. For direct, face to face interaction with your Congressperson, attend one of their town hall meetings. These are usually advertised on the Congressperson’s website.

Two Congresspersons who wield enormous power in environmental policy are the Interior Appropriations Subcommittee chairs—Lisa Murkowski (Alaska) in the Senate, and Ken Calvert (California) in the House.  Even if you do not live in their states or districts, it is worth contacting them.

Finally, keep in mind that partisanship and narrow-mindedness are plagues infecting all parts of our republic these days.  So real solutions must include input from both sides.  For those of us fighting to protect our environment, it means listening to coal miners, oilfield workers, and anyone else negatively impacted by the changes our world needs in response to climate change.  People in these positions are not enemies, they are casualties, and their interests need to be addressed in environmental policy.  That they haven’t been is part of the reason why Trump got elected and why this fight is so intense.

Many truths are under assault in the age of Trump, and we must act swiftly and decisively to protect the most inconvenient one.  I will be disheartened if my kids never get to see Glacier National Park in the condition in which it was originally protected almost 107 years ago, but this is obviously about more than just a couple of kids and a few glaciers.  What makes my heart sick is knowing they may inherent a planet teetering on the brink of unviability because some politicians and CEOs were more interested in making a few bucks.  I do not have the power to stop the greed and selfishness that is poisoning the Earth and our future.  But WE do.

View all posts by Steve Grimes